Thoughts trip over each other in my head. Not in a clamoring way, more as if none wants to speak first out of deference for the other. I would be lying if I said I’d never had a problem organizing my thoughts before.

Someone once told me about myself in my favorite language…imagery. 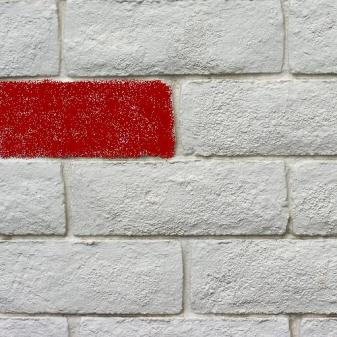 There is a garden, green, but struggling for light because of the brick wall surrounding it. The wall is very high, white, and well-kept. There is a single brick low and central.

The garden is lovely, but I see that it’s on the inside of the wall and can only be enjoyed by the gardener. The wall will stand, blocking all of the beauty, unless the red brick is removed.

At the time I politely thanked them for their lovely imagery and noted that the sixties must have been REALLY good to them.

A story begins to unfold…

This past weekend Jesus led a sister up to that wall.

The sister was not scared and used her sweet warrior-princess-ninja skills to punch out the red brick. The wall turned to dust.

The one who called her self “Distrusting and Alone”

stepped out into the fullness of the sun

and was given a name tag to wear, since nobody had ever been introduced to her. 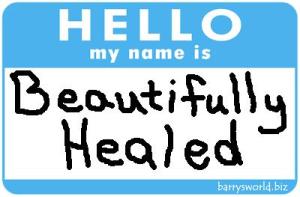 She was given other names too because she is far too spectacular to have just one.

But those names are for other chapters in her story.

Did you see this?

When did she say that?